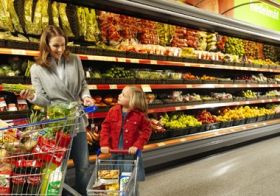 Recent efforts by the government in Finland to boost the country’s foodservice sector – including a decision at the beginning of July to bring VAT on restaurant sales down from 22 per cent to 13 per cent, the same as in supermarkets – have helped restore some demand and generate renewed confidence among food industry operators, according to one leading fresh produce importer.

Speaking in the August issue of Eurofruit Magazine, Tomi Hakkarainen of Helsinki-based fresh produce importer Satotukku said he felt consumer demand was showing definite signs of recovery heading into the second half of the year.

“We’re seeing new demand from all of our different customer groups, particularly fresh-cut producers who want whole, fresh produce and from the supermarkets,” he revealed. “Although they are more careful now about their spending, people are still working and still looking for convenient, healthy products.”

In the supermarket arena, meanwhile, Finland’s authorities appear to have been successful in their attempts to incentivise demand and put more spending money in consumers’ pockets.

“For normal working people, incomes have actually been increasing because of the tax revisions that have been made in other areas to boost the economy,” Mr Hakkarainen added. “The government really wants to avoid the same kind of recession as the one seen here in the early 1990s.”

According to Mr Hakkarainen, bananas, pineapples, salads and seedless grapes have all been performing well in the Finnish supermarket sector since the start of 2010.

For more details and to reserve a copy of Eurofruit Magazine's August issue, please contact: