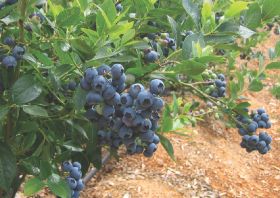 Blueberry consumption in Europe is set to increase dramatically over the next couple of years and will require significantly greater supply in order to satisfy the bigger demand, according to one of the world's leading experts in developing international markets for the fruit.

Writing exclusively in the April 2014 issue of eurofruit, Cort Brazelton of US-based Fall Creek Farm & Nursery said markets across northern Europe in particular were following the UK's lead and switching from seasonal, price-driven consumption of blueberries to an increasingly year-round, managed category.

"For nearly 20 years, European blueberry consumption has been primarily driven by the UK market," Brazelton explained. "UK retailers and the companies supplying their blueberry programmes have long been trendsetters, demanding the highest product quality while maximising transparency from product origin and food miles to variety name."

Led by countries such as Norway, Sweden, the Netherlands, Germany, Austria, Switzerland and even as far south as Italy, he revealed demand was "taking off" as consumer awareness of blueberries' potential health benefits coincided with improvements in terms of product quality and taste.

"For continental Europe, a discerning market to say the least, there are now new and exciting opportunities to increase volumes and availability while simultaneously meeting high demand for quality, and this new challenge must be met at all levels," Brazelton continued.

"Growth markets, along with the UK, will require innovation beyond the current supply chain. With per-capita consumption rising so rapidly where will this fruit come from, where and how will it be produced, and how will consumer expectations be met?"

Brazelton will attempt to answers those and other key questions at the upcoming Global Berry Congress 2014, which takes place in Amsterdam on 7-9 April. To book your place, visit www.berrycongress.com