Malaysia Airlines aeroplane was taking four-tonne consignment of tropical fruit to China, it has been revealed 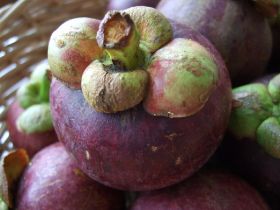 The Malaysia Airlines aeroplane that went missing between Kuala Lumpur and Beijing on 8 March was carrying a large consignment of mangosteens in its cargo hold, it has emerged.

The airline's chief executive Ahmad Jauhari Yahya released the information after telling journalists that flight MH370's Boeing 777-200 was not carrying anything hazardous.

"We had a load of mangosteens headed to China," he confirmed. "It was a large quantity - about three to four tonnes of mangosteens."

Malaysia actually exports fewer mangosteens than it used to, largely as a result of increased demand on its domestic market.

In 2012, it exported just over 5,000 tonnes of mangoes and mangosteens, representing average compound decrease of around 5 per cent.

At home, by contrast, sales have risen and the volume of imported mangoes and mangosteens showed compound annual growth of 19 per cent in the period 2007-2012 to 60,500 tonnes.

However, demand in China for a number of imported products including mangosteens has seen a number of countries step up their exports of the fruit.

Thailand has seen its mango and mangosteen exports increase dramatically in recent years, at an average rate of 34 per cent per annum to more than 196,000 tonnes over the five years up to and including 2012.

Indonesia, another major supplier of the fruit, also saw annual growth of around 17 per cent in its exports of mangoes and mangosteens over the same period.