One of the earliest starts to the Northwest cherry season, along with excellent climate conditions, could see shipments shatter previous records 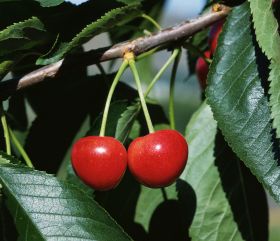 An ideal spring in the US Northwest (NW) cherry growing states has kicked off one of the earliest start to its cherry season, with shipments expected to shatter previously set records.

“There’s still a long way to go before this crop comes in,” Randy Eckert of Yakima Fresh told Asiafruit magazine in late April. “But the [Northwest] industry has the potential for a 25m to 30m carton crop this year.”

Expectations are set well above the average 18m to 20m cartons of cherries usually coming out of Washington, Oregon, Idaho, Montana and Utah. In contrast to 2013’s less-than-optimum weather, growers are optimistic that this year they’ll have a solid supply of fruit in time for the Fourth of July holiday.

“Our growers are telling us they have a terrific crop on the trees,” said president of the NW Cherry Growers organisation B J Thurlby. “We’ve been blessed this year with a beautiful, consistent bloom and there looks to be excellent separation between grower district; just the way nature intended it to be.”

Not all cherry crops coming out of the US are shaping up so nicely, though, with a light crop in California due to a mild winter causing a light crop. Shipment forecasts from California are set at 4m cartons, half of the 8m shipped out of the state in 2013.

The California cherry season preceeds the NW, usually warming up retail space and consumers just in time for the NW cherries to hit the shelves.

“California’s [production] uncertainty – if that turns out to be the case – is unfortunate,” said Thurlby. “It’s always nice to have some shelf space created in advance of our deal. But cherries are a huge driver for summer fruit sale and if we end up with the right kind of quality and size, we’ll do fine as an industry this season.”

NW cherry exports dropped due to the short crop in 2013, shipping 29 per cent (4.2m cartons) overseas to China, Hong Kong, Canada as well as other Asia-Pacific nations.