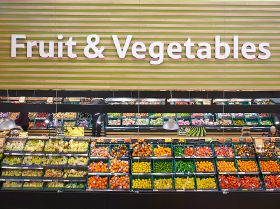 Tesco’s procurement unit Group Food Sourcing (GFS), which is responsible for sourcing an increasing volume of the fresh fruit and vegetables sold in its stores worldwide, was in the habit of bringing forward and deferring the commercial income it expected to receive from suppliers over a number of years, the retailer has confirmed.

The news comes as Tesco announced a 92 per cent fall in first-half, pre-tax profit to £112m, on the back of a 4.4 per cent drop in sales to £34bn during the same period.

Meanwhile, chairman Sir Richard Broadbent has tendered his resignation. “The issues that have come to light over recent weeks are a matter of profound regret,” he said. “I will begin now to prepare the ground to ensure an orderly process for my own succession at that time.”

Publishing its revised accounts in the wake of its widely reported accounting scandal, Tesco revealed it had overstated its profits for the first half of the year by £263m – slightly higher than first suggested in September.

That figure includes £118m in overstated profits for the first half of 2014/15, plus £70m in 2013/14 and £75m in the years prior to that period. As for commercial income, the adjustment necessary in order to set right the fudging of numbers that occurred over the past few years amounted to £145m.

The overlap with the rise of GFS is unlikely to be a coincidence: led by commercial director Matt Simister, one of four executives to be suspended in September when the scandal emerged, the rapidly expanding sourcing division – housed in a hastily erected barn of a building just a cherry stone’s throw from Tesco’s UK headquarters – reportedly saw its turnover soar past the £300m mark last year, up by around a quarter on the previous 12 months.

Accounting firm Deloitte, employed to establish the true extent of the mess, today confirmed that the required £263m profit adjustment was correct.

According to Tesco, Deloitte found that commercial income – the rebates or discounts negotiated with suppliers by GFS and other Tesco group buyers – had been repeatedly “pulled forward or deferred, contrary to Tesco Group accounting policies”.

It added: “There have been similar practices in prior reporting periods; the current and prior practices appear to be linked as income pulled forward grew period by period.”