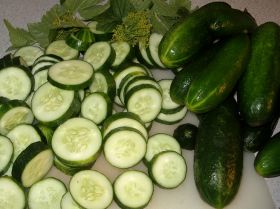 The Salmonella Poona outbreak continues to grow in the US; claiming three lives and leaving 131 people requiring hospital treatment.

The source of the outbreak has been identified as Mexican cucumbers imported by Andre & Williamson Fresh Produce in San Diego. Several recalls have already been announced.

Officials as the Centres for Disease Control and Prevention said the continued rise in illnesses caused by the Salmonella Poona strain was not surprising.

It can take up to a week from the time people eat tainted food until they fall ill. Cucumbers have a shelf life of 14 days, so it is believed some people who didn’t know about the problem may have eaten contaminated produce.