Karnataka growers, keen to increase exports to foreign markets, are planing to travel overseas to take in differing cultivation methods 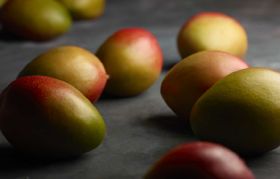 Mango growers from several districts in Karnataka, India are set to travel overseas in March to study cultivation methods, with the ultimate goal of gaining knowledge and exporting more to certain overseas markets.

Karnataka State Mango Development Board chairperson Kamalakshi Rajanni announced that the region would be aiming to export some 5,000 tonnes of mangoes to countries such as the UK and US this year, and told the New Indian Express that potential travel destinations included Israel, Brazil or Europe.

This trip is aimed at picking up ideas that will help growers produce higher quality fruit in greater quantities.

A team of 25 people, including 20 farmers and officials, will make the trip, according to the report, while growers will be encouraged to grow better mangoes by being handed free saplings.