Coop Switzerland to stop sourcing tomatoes from Western Sahara in 2017, while Migros refuses to boycott area 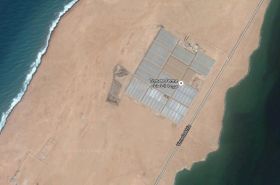