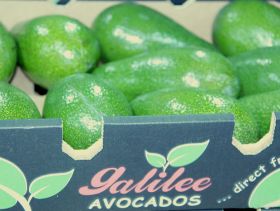 Israeli exporter Galilee Export has announced a new three-year agreement with Zemach Packhouse that will see the company remain the largest exporter of green-skin avocados in the world and the number two in mango exports from Israel.

Vice-president of marketing, Eitan Zvi, commented: “After two years of cooperation between Galilee Export and Zemach Packhouse, we are pleased regarding the new agreement with Zemach, which shows that Zemach growers are happy with Galilee’s performance. We are very satisfied to add more growers to the cooperative, as we are a company which is owned by the growers. I’d like to thank Zemach management and Zemach growers on their trust.”

Over the next three years, Zemach will give Galilee 100 per cent of its produce for export, anticipated to be over 10,000 tonnes of avocados, mangoes and citrus. As part of the agreement, a representative from Zemach will join Galilee Export’s board of directors.