Exports forecast to increase by 50 per cent in 2017 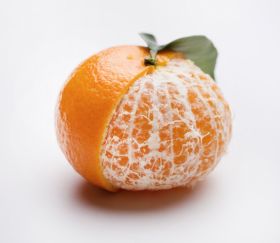 The Plant Production and Marketing Board of Israel has predicted an export increase of 50 per cent for Jaffa Orri mandarin fruit in 2017.

The harvest started in mid-December 2016, a week earlier than the previous campaign, with the fruit hitting the shelves in time for Christmas.

“We have set ambitious goals to increase Jaffa Orri export volumes in 2017, and hope to double exports of the fruit by 2020,” says Tal Amit, head of the citrus sector at Israel’s Plant Production and Marketing Board. “Currently, available quantities are not sufficient to meet demand. This high demand is due to the fruit’s remarkable flavour and other outstanding characteristics, and is evident in the growing number of markets for it. We’re set to bring the Jaffa Orri to every premium supermarket, worldwide.”

“This significant increase in the Orri harvest is a direct result of improving quality in cultivation, and in attaining better crop protection during growth,” explains Amit.

The Jaffa Orri is a mandarin orange developed by scientists at the Volcani Research Center in Bet-Dagan, Israel.

Jaffa Orri is exported worldwide to 45 destinations, with most of the crop exported to the European market (78 per cent). The most prominent countries in Europe for Orri mandarins are France (39 per cent), and the Netherlands, Scandinavia and Russia (seven per cent each). Apart from Europe, 18 per cent of the fruit is sent to North America and four per cent to the Asia Pacific region.

The Plant Production & Marketing Board was established in 2004 to assist farmers in advancing their agricultural missions. The board promotes the Jaffa brand and other registered citrus industry brands. It helps kick-start pioneering R&D projects, executes centralised crop protection initiatives, assists organisations in meeting phytosanitary standards and insures growers against weather-related losses.