Three years on from its ban on food imports from the EU and US, Russia’s independence is growing, as alternative sources are found and local production blooms

After a year of surprises, there were few gasps when Russia announced in July that it would extend its ban on fresh produce imports from the EU, the US and a number of other countries until the end of December 2018. The ban, introduced in 2014 in response to sanctions against the country for its alleged role in the Ukrainian crisis, was due to expire in January. The tit-for-tat approach continued when the EU and US prolonged their own sanctions, with Russia’s latest extension serving to “ensure the security of the Russian Federation”, according to the government.

For Russian importers, finding alternative sources for products largely imported from banned countries has been the priority ever since the embargo began. “Some products have been very hard to obtain,” says Ivan Gulyaev of importer Tropic International, whose three warehouses are located in Saint Petersburg, Moscow and Tula. “Even if you find ways to replace the European ones, it doesn’t mean that you will make a good business of it or make any money. More commonly, fruit companies import in order to have a decent assortment of products. It will take some time for everything to settle.”

According to Gulyaev, the embargo has not, in general, resulted in higher prices for consumers. Instead, he says, it is importers that have mostly taken the brunt. “Margins have decreased,” he reveals, “and this has affected us far more than the supermarkets or consumers. Of course, some exotic fruits cost more today than they did before. But it is important to understand that the fruit market in Russia is still developing, with people mostly buying only basic vegetables like tomatoes, cabbages and potatoes, and basic fruits such as bananas and citrus.” 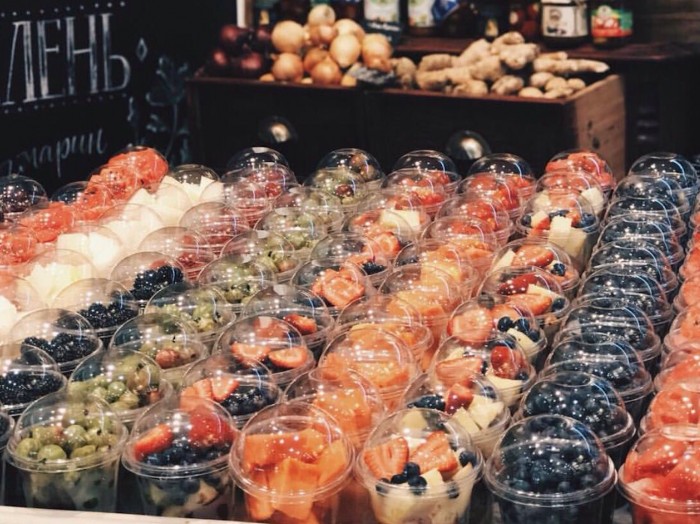 He points out that those importers that previously worked predominately with European goods had been placed in a difficult situation since the ban, giving those less reliant on Europe a distinct advantage.

“Only around 20 per cent of our turnover came from Europe,” says Gulyaev. “On the other hand, many new opportunities have appeared. There has been a kind of cleansing of the market, with only the big players capable of surviving. This has had a positive effect on pricing, and has improved the market generally. For a company like us, with 90 per cent of sales coming from supermarket chains, this is very important. The Russian market appears to be moving closer to the European market, with fewer middlemen, leaving the big firms to share out the market, along with smaller companies specialising in one particular product.”

Since the ban, Tropic International’s strategy has been to focus on sources from which it already imports significant volumes, such as South Africa, Morocco, Turkey, Chile, China and Pakistan, while opening up in new directions toward South America, Israel, India and new sources in Africa.

“With our age-old partners like South Africa, Morocco and Turkey, our turnover in trade is increasing each year,” says Gulyaev. “Together we are searching for new ways of cooperation. We have also started looking towards countries like Tunisia, Côte d’Ivoire and Costa Rica, and have found good cooperation there. It is important not to take too many risks at the moment, bringing in huge quantities of exotics, for example. We are supplying one container each of pineapples, avocadoes and mangoes on a weekly basis. We have also received many interesting offers from our Chinese partners, but there are a lot of logistics issues to resolve.”

According to Gulyaev, Morocco has remained an extremely important partner throughout the ban, especially for imports of tomatoes and citrus. “They have good terms of cooperation and quality,” he says. “Whereas ten years ago the Russian market did not demand any special requirements in terms of quality, now fruit must arrive in excellent condition. We still have a problem in that producers in many countries still consider Russia as a market for selling their second-grade products, but this is not true anymore. With our partners from Morocco, we are sure about the quality and the taste, and consumers in Russia appreciate this.” 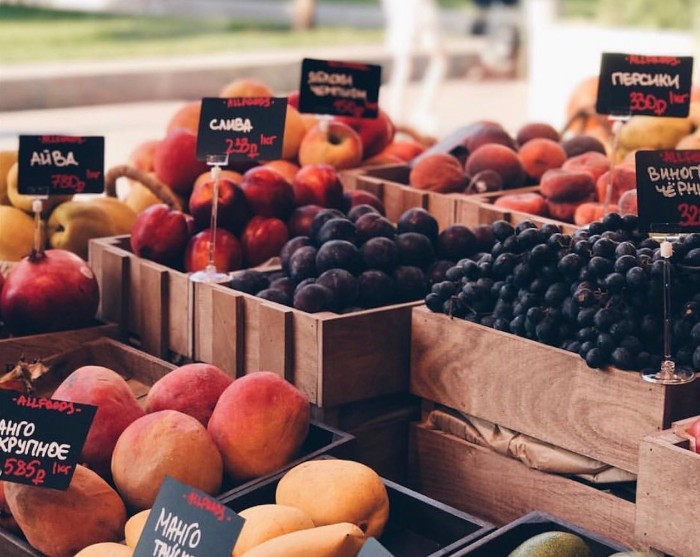 As for individual products, Gulyaev reveals that Russia is showing similar trends to the rest of Europe, although he admits it still has a long way to go. “The popularity of products like avocados and berries is growing,” he says, “although not as fast as in Europe. Russians are still mainly forced to buy hard avocados due to the requirements of the biggest supermarket chains. However, there is light at the end of the tunnel. In big cities, a lot of smaller stores are starting to appear that focus on a great variety of fresh fruit. There you can find ready-to-eat products, fresh berries and anything you can imagine. And you know what? People like it. Such stores become popular immediately, and of course we react to such changes as we try to satisfy the desires of our consumers.”

One significant effect of the embargo has been to develop local production, a key goal stated by the Russian government. “It was to be expected, and it happened,” says Gulyaev. “In addition to conventional agriculture, greenhouse cultivation of fruit and vegetables is also developing. You might be surprised, as I was, that Granny Smith apples grown in Kabardino-Balkaria, just north of Georgia, are now as good as those grown in Europe or South Africa. Of course, there are still some issues, but this is moving in the right direction.”

Also supporting local production is the unstable rouble. According to Gulyaev, strong fluctuations make it difficult for companies to plan the prime cost of goods ahead, since most purchases from foreign companies are made in dollars or euros. When dealing with Russian growers, on the other hand, all transactions are made in the same currency.