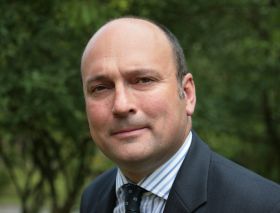 One of Britain’s largest fresh produce companies, Produce Investments, has accepted a £53 million takeover bid from a private equity firm.

Produce Investments, which owns potato growers Greenvale AP and The Jersey Royal Company, saw its shares surge following the news to 187.25p this morning, from 142.50p on closing yesterday.

The acquiring company, April 1983 Bidco, is a new investment vehicle owned by Promethean Investments, which describes itself as “providing innovative capital solutions in the lower mid-market”.

Through its subsidiaries, Produce Investments run a large chunk of the UK potato industry, from seed production, growing, packing and sorting. It also produces daffodil bulbs. It was ranked the 13th largest fresh produce company in last year’s FPJ Big 50, with a turnover of £200m.

The deal will take Produce Investments off the public market, a move which chief executive Angus Armstrong said will free them from public listing regulations.

"This transaction will allow Produce Investments to move to a more suitable private market environment for a company of its size, thereby eliminating the regulatory burden, constraints and costs of maintaining a public listing,” Armstrong said.

“Existing management will continue to run the business, and, along with them, I look forward to continuing to grow the business and serve our customers."

The news was somewhat marred by Produce Investments also revealing that its subsidiaries Rowe Farming and Swancote Foods received a goodwill impairment charge in the range of £16m, which will show up in their annual accounts.

Such charges do not reflect the companies’ cash flow, so do not generally affect share prices. The company emphasised that it expected earnings for the year to be in line with management expectations.