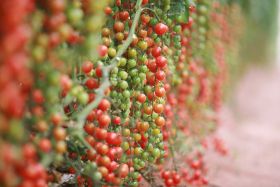 Welsh hydroponics startup Phytoponics is scaling up its commercial output thanks to a $650,000 funding windfall.

The Aberystwyth-based agro-tech firm is looking to implement a supply contract with two major UK supermarkets early in 2019 following a successful pilot for premium tomatoes.

Chief executive Adam Dixon, who won the 2017 Young Champions of the Earth award, is hoping to boost crop yields and take the company’s systems to a commercially scalable level thanks to the additional funding.

According to the startup, its patented growing system has the potential to be deployed in disaster zones, providing a sustainable food solution for even the most challenging regions.

Phytoponics' Hydrosac technology is specifically designed for large vine crops, such as tomatoes, peppers, and cucumbers, which are irrigated through long tubes of containers.

Dixon’s novel approach to hydroponics saw him crowned one of six winners of the inaugural Champions of the Earth Prize cycle in 2017.

The environmental award, for people aged 18 and 30, saw Dixon awarded $15,000 in seed funding, training and mentoring, as well as access to an international network of entrepreneurs, private sector mentors and diplomats.