Women must work harder than men to get the top positions in the produce industry, female business leaders say 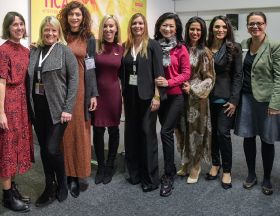