Asda sales down on last year 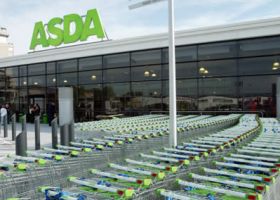 Asda blamed Brexit insecurity for a 0.3 per cent decline in sales compared to this time last year.

The UK’s third largest retailer did see a marginal increase in growth on the previous quarter, buoyed by a late Easter, but compared to 2018, the second quarter of 2019 saw a dip in total sales.

Asda CEO Roger Burnley said its performance was a “case study” on the negative impact of Brexit on the mood of the nation.

“Consumer confidence levels are at an almost six-year low – due in no small part to the ongoing uncertainty around Brexit and amplified by the impact of weather and tracking against national sporting events in the same period last year,” Burnley said.

The decline was predominantly on non-food goods however, with Burnley adding that food sales continue to perform well, as well as online sales.

“We were also proud to open our fourth FareShare depot in Kent as part of our Fight Hunger Create Change programme, which is enabling FareShare and Trussell Trust to provide more meals and support to those dealing with food insecurity – as well as launching our first partnership with Warburtons on ‘You buy One, We give One’ which donates food to charities without any additional cost to customers,” Burnley said.

“Whilst I remain proud of our continued strategic focus in the quarter, I am under no illusions as to how challenging this market remains for all retailers – and that we must continue to maintain our relentless focus on delivering a consistently trusted experience for our customers and having the most efficient operating model possible.”

Burnley also addressed ongoing contract dispute with staff, which boiled over into protests in Leeds yesterday, with hundreds of workers marching from City Square to Asda’s headquarters.

“We continue to work through our contract changes with colleagues and whilst we recognize that change is always difficult, we continue to believe this is the right and necessary approach for us to take in order to remain a sustainable business that delivers for customers,” Burnley said.

Asda’s new contract offers higher wages in exchange for unpaid breaks as well as being forced to work bank holidays.

The contract had previously been voluntary for staff, but members now say they are being told they will lose their jobs if they don’t sign up.