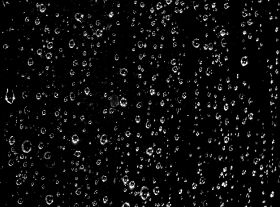 Rains in the northern areas of South Africa have caused a reduction in the country’s export forecast.

The South African Table Grape Industry (SATI) has released its second crop forecast of the season, and said that the upper and lower levels of the forecast have both been reduced.

According to SATI the drop in the forecast is almost entirely due to significantly lower volumes from the Northern Provinces region.

“This summer rainfall region was hit with unusual continuous rains during its peak harvesting period, and a crop volume reduction of 1.5m cartons is estimated for the region," the group said. The estimate for all other regions remains unchanged.

SATI outlined that the Northern Provinces, Orange River Valley and Olifants River Valley had started their respective seasons on time, but the Berg River and Hex River Valleys seemed to be at least one week earlier than usual.

“Throughout the regions berry size is good and to date night temperatures have been lower than normal, which is conducive to good colour development of red and black varieties," the group added.

With water resources well replenished it seems that the Olifants River Valley has finally recovered from an extended drought. The industry as a whole will however continue to manage water most responsibly.

According to Willem Bestbier, CEO of SATI, the second estimate reflects a normal crop and emphasised again that the focus was on quality and service.

Growers in Namibia and the Orange River have also indicated a slightly lighter crop, with good quality and packouts.