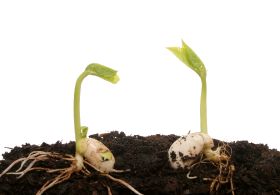 "Seed is the starting point of the food system," Keller outlined. "Farmers everywhere depend on access to quality seed in order to grow healthy crops. Seed is a globally traded agricultural product, with international seed trade having increased tenfold during the past 15-20 years. Therefore, unrestricted international movement of seed is critical to ensure food security."

ISF said that closing borders or even slowing down the transboundary movement of seeds could create a "significant problem" in the seed supply chain, for crops ranging from soybean and maize through to a number of vegetables.

"If farmers miss this window because seed is not delivered to the fields in time, the result would be serious food and feed shortages in the second part of the year," Keller continued. "This is a situation that we cannot afford in these already volatile times."

"In short, because of poor survival of coronaviruses on surfaces, there is likely very low risk of spread from products or packaging that are shipped over a period of days or weeks at ambient temperatures," Keller said. "Coronaviruses are mainly thought to be spread from person to person – mainly via respiratory droplets that people sneeze, cough, or exhale.

"The seed sector seeks the support of public authorities in ensuring seed movement during this time of crisis," he added. "We remain committed to our vision of a world where the best quality seed is accessible to all, supporting food security and sustainable agriculture."