Despite the Covid-19 pandemic Kenyan avocados are having a strong, potentially record-breaking, year 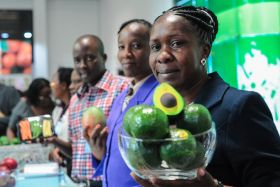 It is being reported in Kenya that the country’s avocado exports reached a record volume this year.

Media sources in the country have said some 58,400 tonnes have been exported, but independent sources noted that official figures could be somewhat lower.

In recent times avocado production in Kenya has expanded and marketing sources have said that the country had increased its market share in the Middle East.

Kenya’s daily newspaper, Daily Nation, reported this week that the country’s exports hit a record high in the first half of 2020. “Some 58,400 tonnes of fruit were sold to 42 countries, thanks to the Covid-19 pandemic," the publication outlined.

Avocado Society of Kenya chief executive Ernest Muthomi told the paper there had been a growing demand for fruit during the pandemic, with the avocado being recommended for its high alkaline content.

"The high export numbers can also be attributed to an increase in avocado acreage and quality of the fruit being produced by our farmers," he explained. "We are excited by the prospects of rising demand for the fruit."

Muthomi added that in the last six months, Kenya exported 45,737 tonnes of avocados to the European market.

It is all good news for the avocado industry of Kenya. Claims by the paper that Kenya is ranked among the fastest growing avocado exporters in the world, having overtaken South Africa in production, has, however, caused raised eyebrows in South Africa.

Derek Donkin, Subtrop spokesman, said that South Africa was producing around 120,000 tonnes a year and was rapidly expanding in production.

While export figures will be around 16.5m cartons this year, slightly down on the forecast, it already exported more than 20m cartons last year.

South Africa also has a very fast growing local market sector, which is reflecting the worldwide trend of rising consumption.

“We have close ties with Kenya and know what is going on there," said Donkin. "It will be interesting to look at avocado production trends from Africa once the season is over, with Mozambique also now beginning to make its mark.”