Q1 represented third consecutive quarter of growth, with sales increasing further since then 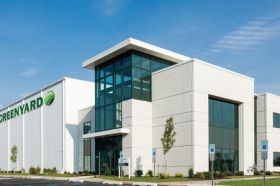 The announcement marked the third consecutive quarter of sales growth, mainly due to volume increases, which Greenyard said underlined the importance of its long-term customer relationships and "reaffirmed the company’s regained strength".

These initiatives have "clearly yielded the desired positive results", with the company now considering the insights and principles of these initiatives to be part of normal business, with more to come in future.

"Greenyard is getting ready for the years to come," the group stated. "Organic growth and debt reduction remain Greenyard’s main objectives and will form the basis for a new long-term financing. Greenyard already started this process with its relationship banks and is currently investigating the various options.

"Thanks to its tailored operations and management, improved results, increased guidance and an initial positive stakeholder response, Greenyard expresses its confidence in a timely and appropriate refinancing structure."