After years of decline, the country's apricot growers have seen an export increase of 89 per cent 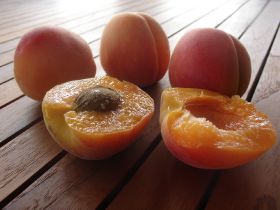 The Charisma variety has flourished in favourable growing conditions

There are strong indications that the South African apricot business is making a recovery following a difficult few years, with the near-finished export season for 2020/21 showing an increase of 89 per cent on last year’s volumes.

Better winter rains and a cooler spring in the Western Cape region have boosted production, resulting in nearly 700,000 cartons being shipped this year.

The South African deciduous fruit industry organisation, Hortgro, said in its latest crop forecast that the Charisma variety in particular has benefited from the more favourable climatic conditions.

Another feature of the season is that the Little Karoo region, where the drought has been particularly severe, reported a 103 per cent increase in the volume of fruit delivered for export inspection this year.

Across the region there was a 125 per cent increase in deliveries of Imperial and Palsteyn, which represented the biggest varieties, while Charisma increased by 82 per cent and Bebeco by 9 per cent.

The recent drought in the Little Karoo, which is regarded as the strongest South African apricot growing region, had been very severe and much rain is still needed for the industry there to make a full recovery.

Observers previously stated that they feared for the survival of the South African apricot export industry and the latest increases in production are seen as a welcome boost.