Funding from Rabobank and Bank of America underlines confidence in proposed merger, due later this year 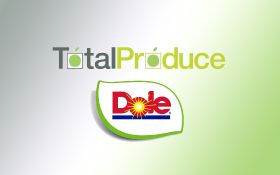 Total Produce confirmed it had agreed a US$500m five-year credit agreement with the New York branch of Dutch-owned Rabobank, as well as a US$940m seven-year loan facility with Bank of America.

The funding promises to bolster its balance sheet and give it even greater buying power once the deal is completed. Fruitnet understands the merger will be approved some time in June or early July.

In a statement, it said the Bank of America deal was made on condition that the proposed merger, and its anticipated listing on the New York Stock Exchange as Dole plc, proceed as planned.

The loans will be used "to refinance the existing Total Produce and Dole debt facilities, with the exception of the Dole vessel financing and certain other group bilateral facilities", the group said.

It added: "The facilities are expected to provide long-term sustainable capitalisation following the completion of the transaction, lowering the combined company’s average cost of capital and creating a stronger balance sheet."