Forecasts suggest Europe is headed for one of its lightest apricot harvests for years, due to the severe spring frost 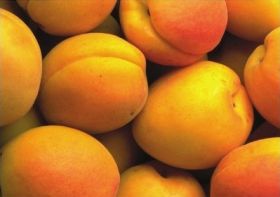 European apricot production is expected to see a major decline in volume this season, according to forecasts presented at the first of Medfel’s online webinar series, Les Mardis de Medfel.

Although figures remain uncertain, the impact of the early April frost in the main producing countries of France, Italy, Spain and Greece is expected to be severe.

The French apricot harvest is forecast to be one of the lowest in 30 years, with the decline in the Rhône-Alpes region the most pronounced.

“The year started rather well,” said Nathalie Bonnet, CEO of Domaine des Coteaux. “But the terrible nights of frost, especially on 7-8 April, when the fruits were already formed, have completely changed the situation.”

Italy’s Emilia-Romagna region was hit by a severe frost for the second consecutive year. Although the forecast volume of 40,000 tonnes would be an improvement on last year’s disastrous 12,000 tonnes, it is significantly down on the areas’s 100,000-tonne potential.