WSTFA forecasts similar total volume as 2020, with Gala accounting for 21 per cent of production 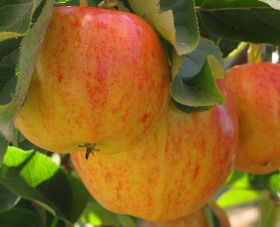 The Washington State Tree Fruit Association (WSTFA) has released its 2021 crop forecast, with just under 125m cartons (18kg) expected to be packed.

“Growing seasons are never the same, and currently many WSTFA members are still evaluating the impact of this summer’s adverse and variable weather conditions.  Members have made their best attempt to incorporate these factors, but with harvest just beginning and several months of unknown weather ahead, further reductions in the size of the forecasted crop are possible.”

For the third straight year, Gala will be the most prominent variety in Washington State’s production mix, accounting for 21 per cent of the crop. Red Delicious is projected to account for 16 per cent of total production, followed by Honeycrisp and Granny Smith at 14 per cent (each), and Fuji at 13 per cent.

Cosmic Crisp is forecast to come in at 3 per cent of the total crop, with production volumes tipped to rise 114 per cent from 2020.

“This crop reflects the continued growth of new varieties to delight all consumer tastes combined with the high standards of quality that domestic and international consumers have come to expect,” DeVaney added.

Organic apple production is forecast to be 12.3 per cent of the total crop, or 15.36m cartons. This is essentially unchanged from the 15.6m cartons in the 2020 apple crop.

This forecast is based on a survey of WSTFA members and represents a ‘best estimate’ of the total volume of apples that will eventually be packed and sold on the fresh market.