Predictions for the new Southern Hemisphere apple and pear season have been announced by WAPA, with apple volumes expected to rise and pear volumes predicted to fall 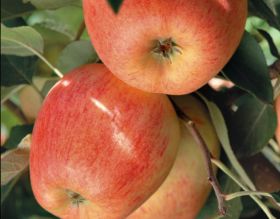 The World Apple and Pear Association (WAPA) has released its Southern Hemisphere topfruit forecasts for the coming campaign, following its annual general meeting at last week's Fruit Logistica in Berlin.

The hemisphere's apple and pear volumes are expected to reach 5.57m and 1.48m tonnes respectively, a year-on-year rise of 4 per cent for apples and a slide of 5 per cent for pears.

The hemisphere's largest apple producers, Chile and Brazil, should see a continued rise in volumes, of 15 and 12 per cent respectively, while Argentina, New Zealand and South Africa all predict drops.

In terms of varieties, leading apple Gala is expected to see volumes fall by 2 per cent, while Red Delicious, Granny Smith and Fuji see increases, of 22, 11 and 13 per cent respectively.

As for pears, top producer Argentina anticipates a decrease of 8 per cent year-on-year, while South Africa forecasts a fall of 5 per cent.