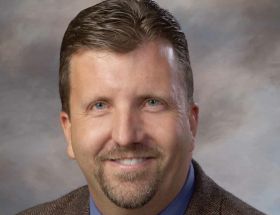 California-based group Limoneira this week announced the launch of Limoneira South Africa, its new wholly-owned South African subsidiary, in partnership with Re: inc.

From its base in Paarl in the Cape province, Limoneira SA will source citrus from South African growers, packing the fruit locally for marketing globally under Limoneira’s brands. Asia and Europe will form the key target markets for the company, with programmes running from May to September.

In addition, Limoneira and Re:inc announced the launch of a Real Citrus, a joint venture company to represent and manage packing and sales opportunities on the African continent.

Speaking exclusively to Asiafruit about the launch of Limoneira SA, Limoneira’s chief operating officer Alex Teague said the move was driven by its One World of Citrus model, which focuses on supplying its customers with fresh citrus for 52 weeks of the year.

“The essence of our One World of Citrus is connecting consumers to the tree, and that requires perfection of the supply chain,” said Teague. “We’re a California-based shipper but we’re exporting lemons and other citrus lines to a range of global markets and we need to keep them supplied with fresh product year-round. With the export volume, growth rates and quality of citrus coming out of South Africa, we needed to jump in and make it part of our 52-week supply.”

Asia has long been a vital market for Limoneira, and the recent surge in lemon demand from the region, where South African lemons have enjoyed remarkable growth over recent years, was a key factor in the Californian company’s decision to set up a base there. “We were at a big competitive disadvantage when we had no access to South African production,” admitted Teague.

But Teague noted that the relationship with its local partner Re:inc, founded by Riaan van Wyk and Liezel Kriegler, grew from the companies’ common commitment to sustainability.

“We’ve known Riaan for a number of years going back to his days with Colors,” said Teague. “We’d been talking about getting together on a sustainability effort in South Africa, and it really grew from there.”

Sustainability forms a core focus of the Limoneira SA and Real Citrus opertaions. “We’ll be participating not only at employee level, by providing education and other benefits for our employers, but also at broader level supporting and engaging with the communities in the regions where we’re working.”

To begin with, Limoneira SA will focus exclusively on marketing fruit for third-party growers in the Eastern Cape and the Western Cape. But Teague confirmed the company would be pursuing investments in joint venture farming and packing and operations. “We hope to have some farm and packhouse infrastructure in place over the next 12-24 months,” he said.

While acknowledging the political risks inherent in investing in South Africa, said Limoneira is confident these are outweighed by the potential long-term benefits.

“You’ve got to have patience and weigh up the return on investment,” he said. “For us, having local people in the organisation who understand the local water and labour laws, the local unwritten rules, is very important.”

Limoneira’s move into South Africa with Re:inc follows a similar deal with Chilean citrus packer-marketer Rosales, in which it made a minority equity investment in late 2014.

The company also has a tie-up with Argentinian lemon supplier FFG Trapani, which packs fruit under the Limoneira brand, primarily for export markets in Canada and eastern Europe. Teague said Limoneira is hopeful of “deepening its relationship” with the Tucuman-based company in the “very near future”.

“Given the change in the political climate in Argentina, we may be able to progress things [in terms of an investment] with Trapani,” said Teague, who just returned from a visit to the country. “The last several years have been tough for Argentina both in terms of the political scenario and production setbacks, but with crops returning to a normal size and lemon demand growing globally, there’s optimism in the industry – just as there is in the other lemon producing countries where we’re present.

An operation in Argentina for Limoneira would complement those in California, Chile and South Africa to round out the One World of Citrus procurement base, he noted. “These Mediterranean climates are perfect for growing lemons but they also give us opportunities to develop a range of other products,” said Teague.