Chilean fruit exports back on track 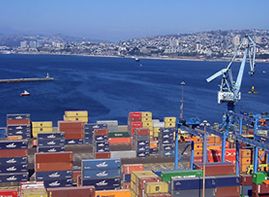 The Chilean Fruit Exporters Association (Asoex) has confirmed that exports of fresh fruit from Chile are operating as normal, in the wake of labour action by dockworkers which interrupted port operations.

According to Asoex, shipments of fresh grapes, apples, kiwifruit, late plums, pomegranates, clementines, and other citrus have resumed, with the organisation noting that "all delivery commitments will be met".

It follows news yesterday (9 April) that the Port of San Antonio was almost back to full operating capacity following 12 days of worker strikes.

For the fruit industry, the stand-off led to a harvesting suspension from last Friday onwards (5 April), as losses reached millions of dollars.