Opportunities and challenges for pears

With the global industry at a crossroads, delegates will come together for Interpera in South Africa next month 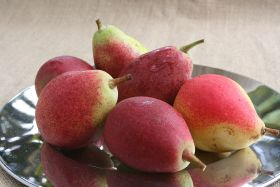 The leading figures from the world's pear industry will meet in South Africa next month to discuss the future of a category which many say is at the crossroads.

It is no secret that the global pear market has exciting prospects but is also facing some major and diverse challenges which, if not attended to, may jeopardise the future of the category.

It is against this background that industry leaders will meet at Interpera 2016, the World Pear Industry Congress, which takes place on 16-18 November in the Western Cape.

The problems that the industry is facing in many respects reflects the nature of the product. Some sources say that the production and consumption of pears has become stagnant. This is because, on the one hand growers do not get the high volumes that they get from apples, while on the other hand the eating quality of pears, in general, is perhaps not what it should be.

Furthermore, consumers do not know enough about pears and therefore when to eat them. When they encounter them they find them either too hard or too soft and, for some, eating pears has become a messy business which few want to try.

“The pear industry has unlimited potential and is ripe for a revolution,” proclaimed American blogger Amit Dhingra recently on the Good Fruit Grower website.

"Pears will become fashionable when producers learn how to promote them, when people take them to work in their lunchboxes and slice them with a simple tool," Luca Granata, general manager of Italian company Opera, was reported as saying in the fresh produce media.

The Italians should know - the country is recognised as the leading pear producer in the world. The fruit is so much an icon in Italy that it could almost be described as the symbol of the country. It is reported to have a 90 per cent penetration index in Italy.

“If the industry could address the main issues with pears, namely providing a convenient and easy way to consume them while on the go and producing a more consistent flavour profile, why couldn’t they have the same revolution that other, less appealing crops have had?" Granata added.

Figures from WAPA show that pear production worldwide increased from 17.5m tonnes in 2003 to 22.6m tonnes in 2013. That would perhaps indicate that there is healthy growth and nothing to be concerned about. Looking closer however, one notes that a huge part of the increase occurred in China, which is not one of the biggest exporters.

South African sources agree that the pear industry needs some new impetus if it has to win the hearts and minds of consumers. re:inc Innovation’s Riaan van Wyk says part of the solution is to bring new varieties that meet both consumer and grower requirements forward.

The problem is that of all the fruit categories it is perhaps the most difficult one to breed new varieties. That is why old-timers refer to the fact that you plant pears for your heirs when they talk about the variety. In South Africa only a few new options are available when growers consider what to plant.

Cheeky is being planted in increasing volumes and will boost the red-blushed pear success created with the ‘re-birth’ of the old variety, Foreleg. The Forelle pear is reported to have been first cultivated in Saxony, Germany back in 1670, and It has certainly been in South Africa for quite some time, but only during the past decade has it been taken off the shelf, dusted off and become extremely successful in South Africa’s portfolio.

Then there is Celina which will be the earliest of a range of three red-blushed pear varieties which South African growers will be able to offer the world’s markets in a few years’ time.

For the rest it will be more of the same for the time being – more Packham’s Triumph and William’s BC, two pears which have become the backbone of the South African industry. Russet pears have faded considerably.

But there is light at the end of the tunnel. re:inc Innovation’s breeding programme, in  association with international partners, is looking at exciting new stuff, which will combine the best characteristics of the Asian and European pears to produce those magic pears which "could be eaten almost like apples - 'crunchy' and/or 'soft’ which will stimulate demand, according to van Wyk, "because pears will then be eaten with confidence from the tree or the refrigerator".

In the end, when we have these varieties, someone will have to tell the consumer – and that will be a different challenge altogether.

This and more will be discussed next month in the Franschhoek Valley near Cape Town, where in the 1890’s the founding fathers of the South African industry also planted their pear trees for the next generations and had dreams about great products which would make their fruit a favourite amongst consumers worldwide.