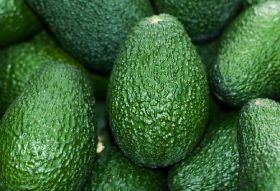 World Avocado Month is launching for the first time in June this year, hosted by the World Avocado Organization (WAO), the group set up to promote and increase the consumption, awareness and value of the fruit internationally.

Based in Washington DC, the WAO represents some of the world's largest avocado producers, exporters and importers including Mexico, Peru, South Africa and the US.

Throughout June, various activities have been planned in key markets such as France, South Africa and the UK.

Over 6,000 avocados are sold every hour in the UK and sales have climbed 184 per cent in the last five years, according to the WAO, with consumption levels the second-highest in Europe.

According to the International Trade Center, between 2012 and 2016 the value of avocado imports in the UK reached £181m, with the WAO predicting that consumption will grow to over 120m kg by 2020.

"We're launching World Avocado Month to celebrate the UK's growing love for avocados," said WAO chief executive Xavier Equiha. "It is in repsonse to consumers' curiosity to learn more about the avocado's versatility and in turn, we are keen to increase the awareness of the nutritional benefits at the same time.

"While the UK has really taken to avocados, there are still many more creative ways they can be consumed, which Brits have yet to discover," Equiha added.

Elsewhere, In South Africa the WAO is encouraging consumers to 'add an avo' to their favourite dishes throughout the month, while in France it will be serving avo cocktails at a Bastille Day garden party.