Two years of record-breaking at Port of Los Angeles 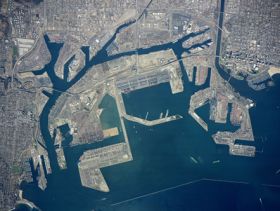 The Port of Los Angeles processed 723,141 Twenty-Foot Equivalent Units (TEUs) in the month of June. This marked a 1.1 per cent decrease from June the previous year, but marks the second fiscal year (1 April to 30 June) that the port has surpassed its 9.1m TEU mark.

“Looking forward, a continued shuffling of alliance services in the San Pedro Bay, coupled with potential impacts from recently imposed tariffs, provide a level of uncertainty and potentially softened trade flows through our port during the second half of 2018,” he said.

Imports in June increased 2.9 per cent compared to the previous year, and exports also increased 1.4 per cent, while empty containers fell 9.7 per cent.