Ahead of the global 2020 sulphur cap, the shipping company has begun refuelling with liquefied natural gas 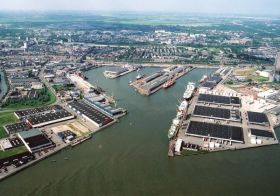 The intra-Europe subsidiary was acquired by CMA CGM last October and undertook the reportedly unprecedented operation using 234 tonnes of LNG. The vessel is the first LNG-powered ship in CMA CGM’s fleet, and three more 1,400-TEU vessels capable of LNG bunkering will be delivered in the coming months.

CMA CGM Group said the use of LNG reinforces its commitment to environmental protection and the energy transition of the maritime industry.

The International Maritime Organisation (IMO) announced a global 2020 deadline for the global sulphur cap in 2008, with sulphur limitations announced in 2016. Provisions to re-evaluate the industry’s capability to meet the target were set for 2018, when the IMO would decide to either keep the 2020 deadline or extend to 2025.

Late last year the IMO announced it would stand its ground on the 2020 deadline, meaning by 1 January, 2020, ships will be banned from burning fuel containing more than 0.5 per cent sulphur (compared to the typical 3.5 per cent).

Shipping companies either have the option to switch to costlier low sulphur fuel oils, LNG, or attach scrubbers (a sulphur cleaning device) to their existing vessels.