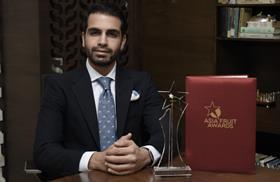 The annual pan-Asian awards are presented by Asia Fruit Logistica and Asiafruit Magazine to celebrate excellence and recognise outstanding achievement in Asia’s fresh fruit and vegetable business, with the winners selected by the two organisations.

This year’s winners were announced at Asiafruit Congress 2021, which went live and online on 28-29 September 2021. Asia’s premier fresh produce conference event broadcast to its global audience to showcase the huge market opportunity of Asia to the world, and to start the countdown to Asia Fruit Logistica’s return to Hong Kong on 7-9 September 2022.

The Asia Fruit Awardwinners were beamed in to accept their accolades in the online presentation ceremony.

The Asia Fruit Awards are given in four categories – ‘Marketing Campaign of the Year’, ‘Importer of the Year’, ‘Produce Retailer of the Year’, and the ‘Impact Award’, which recognises a person or organisation that’s made a significant contribution to developing Asia’s fresh produce business.

Joy Wing Mau won the Marketing Campaign of the Year Award for its Joyvio campaign as the official fruit supplier to the China National Women’s Volleyball Team.

The China Women’s Volleyball Team are national icons for generations across China, and the Joyvio partnership ran a series of promotional activities throughout the team’s journey to the Tokyo Olympic Games.

Announcing the winner, Asiafruit editor John Hey said the campaign was recognised for the creative ways in which it drew similarities between Joyvio’s premium fruit brands and the characteristics of the national volleyball team. This included the production of a series of short films shared on social media platforms.

The campaign was also singled out for its well-targeted approach. Partnering with this iconic national women’s team ensured the campaign appealed to female consumers, who represent the primary fruit purchasers in China.

Joy Wing Mau secured enormous brand profile for Joyvio through the partnership, propelled by the team’s celebrity status. Digital content, which is signposted with the campaign’s dedicated hashtag, has been viewed well over 100m times on social media platforms.

Receiving the award, Echo Yuan, Joy Wing Mau’s product director of the strategic brand and category business department, said: “This award is not only a recognition of our efforts with Joyvio, but also an acknowledgement for building a domestic Chinese fruit brand.” 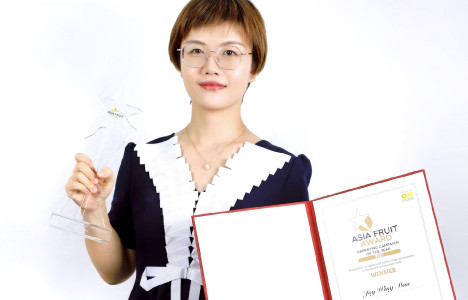 The Importer of the Year Award went to leading Indian fruit distributor Suri Agro Fresh. The Delhi-headquartered company was recognised for the advances it has made in its import business over the past several years.

Introducing the winner, Hey said Suri Agro Fresh had invested heavily in its distribution infrastructure, including cold storage and handling facilities. Its role as a national distributor for leading global kiwifruit marketer Zespri has brought further impetus to its import business, and it has also partnered with Rockit Global to launch the branded miniature apple in the Indian market.

While India has faced enormous challenges with the Covid-19 pandemic over the past year, Suri Agro Fresh has navigated the crisis well, Hey said, reflecting the company’s diverse distribution channels and product range.

Chief operating officer of Suri Agro Fresh, Manav Suri, said the company was “delighted” to receive the Importer of the Year Award.

“Suri Agro Fresh is known for bringing innovation to the industry. We believe resolve, resilience and reform are the ways to survive in the post-Covid era,” he said. “This award is a prestigious honour, and the biggest honour goes to the team who have supported our company attain its success.” 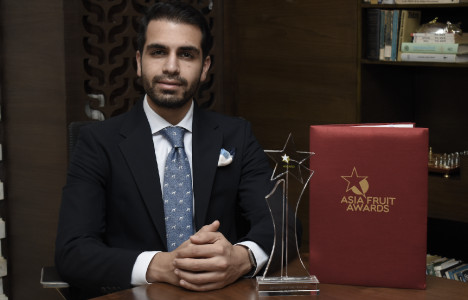 NTUC FairPrice took out the Produce Retailer of the Year Award, becoming the first retailer to win the award for the second time.

FairPrice, which won Produce Retailer of the Year in 2014, was again singled out for its impressive performance in Singapore’s highly contested grocery retail market.

“At a time when brick and mortar retailers are under pressure from online, FairPrice has done much innovative work to reinvent the large retail format,” said Hey. “It has been enhancing the shopping experience for consumers in larger stores. Fresh produce has played a key role here, with bigger sections offering wider range and premium quality as well as more tailored offerings for key demographics.”

The retailer has been leading the way with digital integration in-store. It has rolled out a new Scan & Go app, enabling shoppers to pay directly with their mobile phones.

FairPrice was also recognised for its effective response to the pandemic on several fronts. The retailer launched FairPrice on Wheels, using vans as mobile stores to reach elderly and more vulnerable consumers in residential areas. Online grocery has significantly increased its market share in Singapore since the start of the pandemic, and FairPrice has ramped up its omnichannel capabilities to manage rapid fresh produce deliveries to consumers.

Andy Chang, director (fresh and frozen) for FairPrice Group’s Retail Business, said the retailer was honoured to become the first “two-time recipient” of the award.

“We extend our gratitude to our suppliers who have worked tirelessly with us to ensure we continue to delight and excite our customers, whose needs and lifestyles are continually evolving and changing,” said Chang.

“We endeavour to continue innovating and pushing boundaries, curating a diverse range of produce that offers the best quality and value to our customers.” 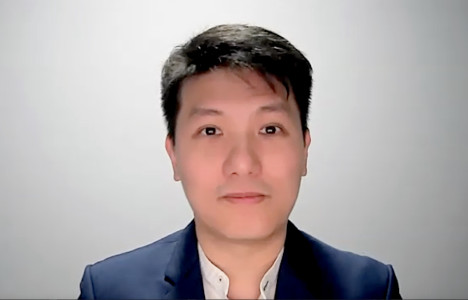 The Impact Award was presented to the Costa JV, a pioneering joint venture between Australia’s Costa Group and global berry marketer Driscoll’s to grow berries in China.

The partners established berry production in Yunnan Province in the southwest of China in 2015, and they have since expanded to four key growing locations across the province.

Announcing the winner, Hey said the Costa JV has brought world-leading berry growing technologies, varieties and farming expertise to China. These investments have helped to set benchmarks in terms of quality standards and price realisation for domestically grown berries in China. The partners’ Yunnan-grown berries consistently sell for significantly higher prices than imported berries in China, delivering a premium experience for Chinese consumers.

In addition to its market impact, the JV was recognised for its social and economic impact in terms of poverty alleviation in the communities where it operates. “The development of high-value berry production in Yunnan has established a lucrative industry that local communities can benefit from in terms of job creation and farmer incomes,” Hey noted.

Peter McPherson, Costa’s general manager of berry international, said it was “a great honour and privilege” to receive the Impact Award. “Importantly, this award is a recognition of the work we have done in China to establish our berry footprint. Together with Driscoll’s’ brand and marketing expertise, we are now planning for future development and expansion to capitalise on our initial success.” 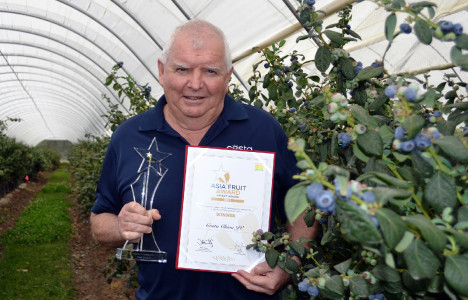 “We warmly congratulate our four fantastic Asia Fruit Awardwinners,” said White. “These awards set a standard for everyone in the business, and our winners are to be commended on their achievements.”