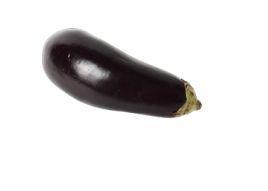 Bangladesh is challenging the commercialisation of GM aubergine, bt-brinjal

Scientists, farmers and consumers have written to the Bangladeshi Prime Minister to oppose the commercialisation of a genetically modified (GM) aubergine.

The GM aubergine, known locally as bt-brinjal, was developed by pesticide giant Monsanto and contains a synthetic insect-killing toxin.

Bt-brinjal was approved for commercial growing in Bangladesh last November but protesters claim the dossier did not provide relevant bio-safety studies, and was not put out for public consultation, reported The Ecologist.

They also claim that native aubergine plants in Bangladesh would be at risk from interpollination with the GM variety.

The Ecologist reported that an independent analysis had said that there are at least four ways in which the insertion of the bt toxin gene into the brinjal genome can cause harm.

The study said these included alterations in crop metabolism that results in potentially toxic products, and an immune response elicited by the bt protein.

Indian groups have also been protesting against the decision, including a protest in New Delhi attended by photographer Joe Athialy.

He told The Ecologist: 'One of the concerns is the threat to all future seeds and therefore Indian agriculture coming under the control of global multinational companies and the charging of exorbitant prices from Indian farmers.

'The monopoly of MNCs like Monsanto over the seeds is another major concern, as seeds are no longer in the public domain since they are now the 'intellectual property' of these multinationals.'

Monsanto unsuccessfully tried to commercialise bt-brinjal in India several years ago, and field trials of the plant have been banned in the Philippines on the basis of theconstitutional right to a balanced and healthful ecology.

Aubergines, sometimes known as eggplants, originate in Bangladesh and India.