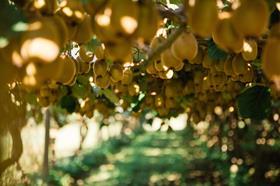 This data was shared by Plant & Food Research and Horticulture New Zealand as part of its annual Fresh Facts publication, which values the total New Zealand horticulture industry at US$5.96bn.

A total 545,800 tonnes of kiwifruit was exported, with two-thirds of this to Asian countries.

Apples were the second largest fresh fruit export, earning US$521m. New Zealand-bred branded varieties such as Jazz, Envy and Pacific were popular with overseas consumers and made up a quarter of apple exports.

Notable vegetable exports include onions which had a US$106.9m export value in 2019, with more than half supplied to European markets. While US$81.3m worth of potatoes was exported, mostly in processed form for the Australian market.

Potatoes were a New Zealand favourite too as domestic consumers spent the most on potatoes out of all vegetables.

New Zealand horticultural produce was exported to 130 countries in 2019. The top five markets are Continental Europe, Australia, the US, China and Japan. Exports to Asia were US$1.64bn, 42 per cent of total horticulture exports.

“Innovation – in the form of new varieties and constantly improved production systems – will ensure New Zealand’s success into the future.”