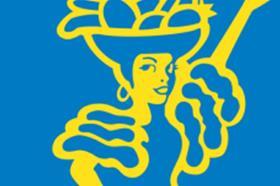 Two leading groups involved in advising shareholders in US fresh produce multinational Chiquita are now split on the merits of a proposed deal to merge the company with Irish importer Fyffes, it has emerged.

The influential advisory group Institutional Shareholder Services (ISS) has changed its stance on the agreement, endorsing it as a better-value proposition than the US$14 per-share counter-offer put forward by Brazilian consortium Cutrale-Safra to buy Chiquita.

“After reviewing the value and relative certainty of the two competing transactions, as well as the appropriateness of the target board's response to the unsolicited bid, ISS has concluded that the US$14 Cutrale-Safra offer, while higher than Chiquita closing prices immediately prior to the Cutrale-Safra’s first bid, does not provide sufficient compensation to Chiquita shareholders to warrant giving up on the potential upside of the revised Fyffes transaction,' the group said in a statement.

Only last month, ISS had recommended investors reject the ChiquitaFyffes deal, suggesting there was “greater economic value” in the Cutrale-Safra cash offer.

Since its u-turn, another shareholder advisory firm, Glass Lewis, has reconfirmed its opposition to the Fyffes transaction, citing continued concerns over the potential value of ChiquitaFyffes as a merged entity.

A spokesperson for Glass Lewis commented: “Following an extensive review of the available arguments, we find the [Chiquita] board relies quite heavily on estimated NewCo values unsupported by market trends, questionable methodologies intended to undermine the perceived value of the Cutrale-Safra bid and an adamant commitment to press its own deal forward despite potential greater options are available to Chiquita.”

Chiquita shareholders are due to vote on whether to accept or reject the merger proposal, or indeed to adjourn the decision until a later date.