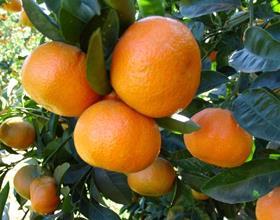 With the start of the new South African citrus season only two months away, there is still no clarity on the negotiations that are destined to put a new legislation in place regarding citrus black spot (CBS) and false codling moth (CDM).

The text needs to be advanced before the end of January when the EU is expected to discuss the details of the new agreement. If there is consensus, the new legislation will come into effect on 1 May this year.

South African sources said they wanted to prevent unilateral decisions in the EU that would mean the new agreement would not be effective in mitigating the perceived risks among EU producers.

The discussions began in the wake of a reported steep rise in reported CBS on fruit shipped to the EU.

South Africa went out of its way to point out that last years’ experience was due to unusual circumstances and that the improved mitigation procedures were still the most effective way to deal with CBS.

The country's citrus business said that it had always followed processes and procedures to the letter.

Nearly four months later the South African industry is still extremely concerned about the fallout from the interceptions, which came at the end of a very difficult shipping season.

The campaign was hurt by delays because of the riots in some South African regions in June, inefficiencies at ports and the systems of the Transnet organisation being hacked.

The South Africans have claimed that they are discriminated against because the EU has not shown the same vigour in acting against other countries that had far higher interceptions last year.

The country has reacted to new EU proposals and is now hoping that a consensus can be reached before end January.

Sources have said that the signals from Brussels bode well, but the matter could drag on much longer.

It is understood that any new regulations or agreements would have to be verified by the World Trade Organization before implementation. If a unilateral decision is taken by the EU, it could escalate the matter.

For South African citrus, being able to effectively supply the EU is no a small matter. Its citrus has been sent to Europe for close to 120 years. Today it amounts to some 70m cartons in a season, a marketing region without which the South Africans could not sustain its present growth in production.

The stakes are high and there is no doubting the resolve of the South Africans to resolve the matter in a sensible and amicable way.