Arrufat stands down from CGC 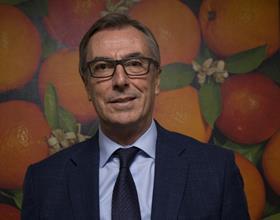 Manuel Arrufat has announced that he is to stand down as president of the Citrus Management Committee (CGC), the umbrella group for Spain’s biggest private citrus grower-exporters after just a year in the post.

Arrufat confirmed at the CGC’s general assembly on Wednesday that he would be leaving on 31 December to resume activities in the private sector.

The CGC said that the day-to-day operation of the organisation would remain in the hands of its current CEO, Immaculada Sanfeliu, while it underwent a restructuring of its leadership.

The news comes amid growing turmoil within the Spanish citrus sector. The CGC has been a vocal critic of EU policy on imports from third countries, which it blames for much of Spain’s woes.

However, Arrufat is known to have favoured a more internationalist approach, often at odds with the CGC's official position. Speaking to El Mundo earlier this year, he warned that instead of looking to “blame external enemies”, Spain would do better “addressing the structural problems that we have been postponing for too long”.

“Yes, we face tough competition but it’s part of belonging to a globalised world,” he said.

“The internationalisation of our citrus industry has given us infinitely more than it has taken away. We cannot now, from the pessimism for the situation, be apocalyptic and pretend to make Europe our private preserve.”

Despite channelling around 70 per cent of Spanish citrus exports, the CGC has so far refused to sign up to the recently created World Citrus Organization (WCO), the initiative spearhearded by Spanish lemon and grapefruit group Ailimpo and South Africa’s Citrus Growers’ Association to tackle common challenges and help grow citrus consumption worldwide.

A total of 14 countries have now agreed to join the WCO, representing around 70 per cent of global citrus exports.