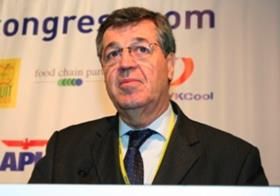 The Chilean Fruit Exporters Association (Asoex) is calling on the country’s government to declare a national disaster in the fruit production areas affected by the severe frosts in the central-south zone of Chile.

Asoex president Ronald Bown said that compared with this time last year approximately 232m cartons of fruit have been exported from Chile, according to local media reports.

“We suspect right now a loss of 50m cartons, but this does not take into consideration the crop increases that were expected this season,” Bown explained.

Chile’s Minister of Agriculture Luis Mayol estimated that 30 per cent of the fruit that Chile exports “has problems”. The minister said that a definitive figure would be known in 15 days’ time.

Asoex explained that the disaster declaration is necessary given the “exceptional” impact on the fruit industry’s operations, including its workers, farms, markets and clients.

According to Bown, the fall-out from the frost impact could result in company and production plant closures or producers unable to grow fruit.

“There are problems of a social, operational, commercial and financial nature. It’s a disaster of serious magnitude. We need a rescue plan and we’ve asked the state to attend to this concern,” Bown noted.

While some associations have apparently estimated that up to 150,000 jobs have been compromised by the freak weather event, Mayol claimed that the total is no more than 40,000.

According to Fedefruta, the worst affected fruits are nectarines, peaches, plums, cherries, kiwifruit, table grapes, pears and apples although damages vary by crop and by region.

According to the Chilean Kiwifruit Committee, damages have been recorded across 100 per cent of kiwifruit-producing zones, with 50 per cent of orchards presenting severe damage.

“We estimate that fruit production will decrease by over 60 per cent, representing a loss of close to US$120m FOB,” the committee explained in a statement on its website. “That could rise by an additional 10 per cent depending on how the damages continue to present themselves on the plantations.”

The committee warned that the direct impact on kiwifruit orchards and growers’ profitability could also result in a reduction in planted area with kiwifruit in Chile.

While it remains too early to establish the exact losses in the blueberry industry, the Chilean Blueberry Committee said that the IV to VII Regions were hit by the coldsnap, with the Metropolitan Region the most affected zone since fruit was just setting there.

“The most affected sectors have registered losses of up to 80 per cent in the orchards where fruit was just setting but in general it is thought that only 25 per cent of the region was affected,” the organisation said in a statement that appears on its website.

“Plants that were 50 per cent in bloom are still likely to recover which is why it is not possible to establish the total loss volume at this point of time.”

The committee said that its 101,000-tonne export forecast released last month remains unchanged for the time being. A re-evaluation will take place in the coming days.

Chile’s prune industry is anticipating a slight 5-10 per cent fall in its production level as a result of the frosts which brought temperatures down to as low as -6oC.

Andrés Rodríguez, executive vice-president of Chile Prunes, said in a statement that the organisation is currently carrying out its evaluation of the impact.

Despite the overall effects on the country’s fruit sector, Rodríguez pointed out that Chile Prunes remains positive since its crop was set to be bountiful this season.

Almost 5,000 tonnes of nuts have been lost following the frosts, according to the Chilean Nut Producers and Exporters Association (Chilenut).

The initial estimate points towards losses between the Coquimbo and Bernardo O’Higgins regions, with the Metropolitana region registering the biggest loss of more than 2,000 tonnes.

“The effects of the frosts vary, even within the same zone,” explained Juan Luis Vial, president of Chilenut, on the group's website. “There are farms with slight damage and others which have lost more than 50 per cent of their production.”