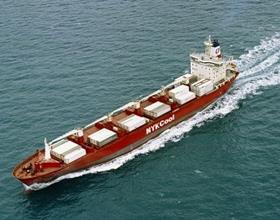 Refrigerated shipping specialist NYKCool will be under Russian ownership as of Monday, 1 September after Baltic Reefers secured a deal to purchase the Sweden-based group from NYK Reefers.

As a result of the acquisition, NYKCool will change its name to Cool Carriers, but otherwise is expected to continue operating as before, handling commercial operation of its entire fleet.

Boris Gersling, the company's chief executive since 2009, confirmed he would retain his position as would the rest of his team.

'Cool Carriers will continue its commercial operation unchanged and operate independently from Baltic Reefers,' he explained. 'The new ownership situation, with an owner focusing on the specialised reefer segment, gives Cool Carriers a good opportunity to further prosper in this segment.”

He added: 'In short it's business as usual, but under new ownership.'

With its headquarters in Stockholm, Sweden and overseas representations in Chile, New Zealand, South Africa and USA. The company operates a fleet of 25 vessels trading worldwide.

Baltic Reefers, part of the Baltic Shipping group, is heavily involved in the transportation of fresh fruit from Argentina, South Africa and Morocco to Europe – predominately to St Petersburg – as well as bananas from Ecuador and Colombia, also to St Petersburg.

It also operates a liner service from the northern European of ports Brest (France) and Vlissingen (Netherlands) to the Russian port for fruit and vegetables.

Both NYKCool / Cool Carriers and Baltic Reefers are members of the 360 Quality Association.