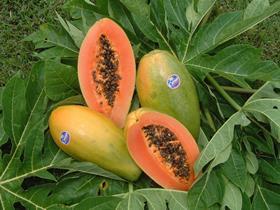 Brazil exported 1.2m tonnes of fruit worth US$1.06bn in 2021, according to national fruit association Abrafrutas. This was an increase in 18 per cent in volume and 20 per cent in value compared to the previous year.

Breaking through the US$1bn barrier had been a long-held goal for Abrafrutas, who said the achievement was in large part due to the appreciation of the dollar and euro against the real making the international market more attractive.

The association said the upswing in demand for fruit and vegetables during the pandemic, along with bumper harvests in some of the country’s biggest export crops, had also boosted exports.

Mango was the most exported fruit in 2021, with shipments totalling around 272,500 tonnes, an increase of 12 per cent on the previous year. The biggest single increase was in apples which were up 79 per cent in value and 58 per cent in volume to 99,000 tonnes.

Table grapes also performed well, growing 55 per cent in volume and 43 per cent in value. Shipments of papayas, limes and melons also increased.

“We are very happy and excited with the results. Brazil is a big fruit producer and more than that, our fruits are of the highest quality and extremely tasty, so we are increasingly gaining the palate of international consumers,” said Guilherme Coelho, president of Abrafrutas.

“Since 2014, when our association was created, the sector has been better organised, producers have been able to take more advantage of the opportunities that have arisen.

“In addition, the partnership with the Brazilian Trade and Investment Promotion Agency (APEX-Brasil), through the Frutas do Brasil project, boosted the promotion of our fruits in the international market.”

He highlighted the important socio-economic and environmental role played by the fruit sector, which generates around 5.5m in direct jobs.

In recent years, Abrafrutas has intensified efforts to open new export markets, most recently announcing the opening of the Chilean market for Brazilian Tahiti limes.