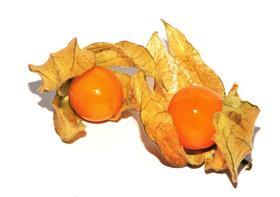 Corporación Colombia Internacional (CCI) is hosting its XIV International Forum on Colombian Fruits and Vegetables this week. The event, which takes place in Bogotá, seeks to raise awareness amongst the country’s horticultural producers of the opportunities that exist in overseas markets.

In 2013, Colombia exported US$827m of fruits and vegetables, of which 71 per cent were shipped to the European Union and 25 per cent to the US.

“We are the ninth biggest supplier of exotics in the world, having seen a steady increase in exports of physalis, passion fruit and other products,” CCI said in a statement, which also urged growers to expand their production in order to maximise the opportunities thrown up by recent free trade agreements signed by the Colombian government.

The event will include presentations from experts from the Chilean and Peruvian fresh produce industries, both of which have seen a significant expansion in exports following the signing of similar agreements. Leonardo Merino of the Swedish National Food Agency and Maritza Colón-Pullano, president of Food Agriculture International Development, will also speak at the conference.