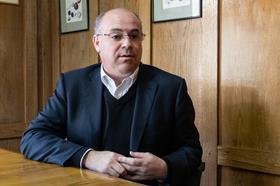 Further details are emerging of the damage caused by the hail and rain storms that struck Chile’s south central zone earlier this week.

In an interview with Chile’s 24 horas television channel, Valenzuela estimated that losses in the 2018/19 season would run to US$200m, of which cherries will account for US$100m.

He explained that the brunt of the damage had been borne by producers in a designated “red zone” extending from San Francisco Mostazal in the north to Requínoa in the south, and from Route 5 in the west to the Andes in the east, which is home to around 30,000ha of fruit production.

An initial assessment suggests that within this zone, losses range from 10 to 100 per cent per hectare.

“We haven’t seen a weather event like this in 50 years. The storm lasted between 20 and 30 minutes and covered a wide area, and the size of the hailstones was significant,” Valenzuela said.

Early cherry varieties suffered heavy damage, which could affect next year’s crop as well as the current harvest, while table grapes have also sustained significant losses.

With just days to go before the export season gets underway, the Chilean Fresh Fruit Exporters Association (Asoex), estimated that export volumes would be down by around 5 per cent.

Fedefruta is calling on the government to activate aid mechanisms promptly in order to help small producers. It is also requesting that the state open credit lines to enable producers to invest in crop protection such as covers to prevent future damage from weather events.

Agriculture Minister Antonio Walker said the crisis would not derail Chile from its long-term growth plans.

“This will not alter the path of Chilean agriculture, that is currently growing by around 5.5 per cent a year,” he said.