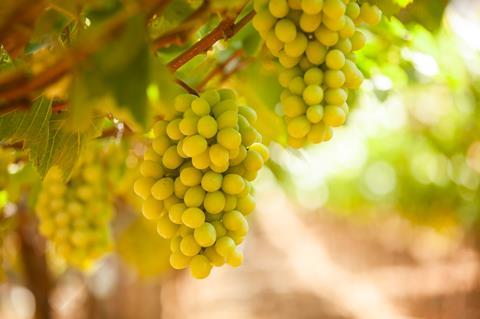 Timpson is one of the new varieties making headway in Chile

Although slightly higher than December’s estimate, the new forecast shows a contraction of 8.9 per cent on the 2021/22 export volume. The fall is mainly due to varietal replacement within the industry.

Asoex president Iván Marambio commented: “Our new estimate shows a slight increase, reflecting that little by little our shipments are returning to normal, but driven by the increase in exports of new varieties, especially white and red, versus a decrease in shipments of traditional varieties.

“This is very positive as it reaffirms the industry’s effort to promote varietal renewal that is beginning to be seen in our shipments and will mean that consumers will be able to enjoy even better Chilean grapes.”

The committee’s coordinator, Ignacio Caballero, said new varieties will account for almost 37m cartons, while the traditional varieties, including Red Globe, will make up around 31m cartons this season.

“We continue to show in this new projection that more than 50 per cent of our exports will be of new varieties, especially in white and red grapes. The new white varieties will exceed 13m cartons, black ones will make up 4m cartons and red ones 18m cartons.”

With regard to destinations, North America will continue to be the main destination, taking around 37.2m cartons. This is followed by Asia with almost 14m cartons and Europe with 9m cartons.

The fifth export forecast is due to be released in the first week of February.