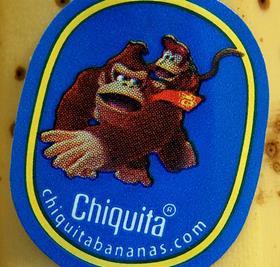 The Brazilian bidders attempting to tempt shareholders in US multinational fruit marketer Chiquita away from a planned merger with Irish fresh produce company Fyffes in favour of a revised US$14 per-share takeover offer have issued their strongest criticism so far of the Charlotte-based company's board of directors' continued support for the ChiquitaFyffes deal.

In a statement, Cutrale-Safra accused the Chiquita board of 'significantly deceiving and misleading' Chiquita shareholders about the respective merits of their offer and the merger agreement with Fyffes.

'The Chiquita Board’s decision to reject the superior Cutrale-Safra US$14 per-share, all-cash offer continues the board’s track record of value destruction for Chiquita shareholders,' the consortium said. 'Further, Chiquita’s gross exaggeration of the value of the Fyffes transaction runs counter to the lower value that the investment marketplace has placed on that transaction.'

In a four-page document, Cutrale-Safra said its offer would still be open to Chiquita shareholders if they rejected the Fyffes merger at a planned meeting on 24 October, apparently contrary to reports, and insisted it would be prepared to 'work through issues raised by the Chiquita board'.

It also reiterated its suggestion that future share value projections, ranging from US$15.46 to US$20.01, issued by Chiquita were 'highly misleading', putting forward a substantial package of analysis to support the view that the present value of Chiquita's future share price was in between US$9.00 and US$12.00.

'Chiquita’s projected sales and earnings for its fourth quarter are highly questionable,' it continued. 'Both its sales and earnings projections deviate sharply from Chiquita’s historical results. Having missed Wall Street estimates by an average of 37 per cent over the past 3 years, Chiquita now has little to no credibility in this regard.'

“The facts are straightforward: The Cutrale-Safra definitive offer provides Chiquita shareholders with a superior, all-cash premium and record high multiple for comparable transactions – representing an approximately 40 per cent premium to Chiquita’s unaffected closing price of US$10.06 on August 8 and a 19 per cent premium to the US$11.80 per share implied value of the revised Fyffes transaction.

“The actions by the Chiquita Board amount to turning a blind eye to the best interests of Chiquita shareholders and the clear statement from the investment marketplace about the lower value of the Fyffes transaction.