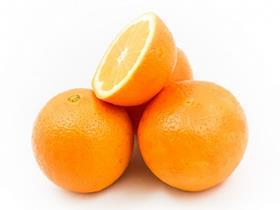 Canadian scientists have found a molecule in citrus that appears to drastically reduce obesity and reverse its negative effects.

Researchers at the Western University of Ontario say mice fed a high-fat and high-cholesterol diet that were given nobiletin, a flavonoid found in oranges and mandarins, were noticeably thinner and had reduced levels of insulin resistance and blood fats.

The study, published in the Journal of Lipid Research, found the beneficial compound also reduced the amount of plaque in arteries.

“We went on to show that we can also intervene with nobiletin,” said senior author Professor Murray Huff.

“We’ve shown that in mice that already have all the negative symptoms of obesity, we can use nobelitin to reverse those symptoms, and even start to regress plaque build-up in the arteries, known as atherosclerosis.”

Huff said the team had not yet been able to pinpoint exactly how nobiletin works.

One hypothesis is that the molecule acts on the pathway that regulates how fat is handled in the body. Called AMP-activated protein kinase (AMPK), this regulator turns on the mechanism in the body that burns fats to create energy, as well as blocking the manufacture of fats.

However, when the researchers looked at nobiletin’s effects on mice that had been genetically modified to remove AMPK, the effects were the same.

“This result told us that nobiletin is not acting on AMPK, and is bypassing this major regulator of how fat is used in the body. What it still leaves us with is the question — how is nobiletin doing this?” Huff said.

“The next step is to move these studies into humans to determine if nobiletin has the same positive metabolic effects in human trials.”