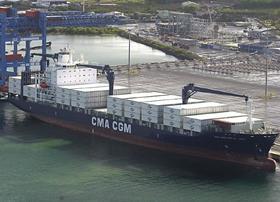 Terminal Link has reportedly sealed a 15-year agreement with the port and Miami-Dade County to form the joint venture company, South Florida Container Terminal, in which CMA CGM will take a 51 per cent share and APMT the remainder, according to Cargo News Asia.

The new company will operate on APMT’s existing 29ha site, with the deal renewable for two five-year periods, according to the report.

CMA CGM, which presently operates five routes that stop at Miami, and Maersk Line, the port’s second largest user, are initially expected to account for the majority of throughput at the joint venture terminal.