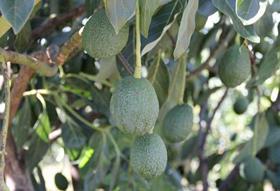 The Kenyan fresh produce business is still struggling as a result of the disruption caused by Covid-19, at a time when it is preparing for the new year.

The country’s mango export season is presently at its peak, while it is expected that the first avocado shipments will start in mid-February.

“The airfreight business, which is so important for our more sensitive vegetables and flowers, is still running at between 30 and 40 per cent of normal capacity,” said Priscilla King’angi of Kenya Fresh, one of the leading growers and exporters from the central African country.

This is having a serious effect on the hundreds of smaller growers who rely so much on the export business for their income.

“There are indications that many of them are now only interested in supplying local markets and this is affecting their ability to stay in the export game,” explained King’angi.

Kenya Fresh, and other exporters, have over many years played a leading role in helping small farmers in rural areas to understand best practices in agriculture and implement this in their production.

“This has helped them to produce quality produce which we could collect on a daily basis and pack for sending to discerning customers in Europe.”

There are high expectations of a good avocado crop in Kenya this year. The harvest is due to start in mid-February with the first sea shipments of containers through the port of Mombasa, some 600km from Nairobi on the East Coast of Africa.

Normally Kenyan avocados would be shipped mostly to the Middle East and Europe. Whether the same distribution patters will play out this year, is however a question.

King’angi said that two years after the announcement that Kenyan avocados would get access to China nothing has happened yet.

“Unfortunately, we are in a catch 22 situation – we are not allowed to ship fresh avocados to China and our industry and our country do not have the resources to invest into the deep-freeze technology for the only category – frozen avocados – which is currently allowed under the access agreement.”

She said that it would be helpful for Kenya if fresh avocados could be included into the protocol agreement.

It was reported last year that Kenya exported a record volume of avocados. Media sources in the country put the final export volume at 58,400 tonnes. However, independent sources noted that official figures could be somewhat lower.

It is true though that in recent times avocado production in Kenya has expanded and marketing sources have said that the country had increased its market share in the Middle East.