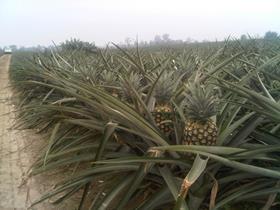 Wilver Bringas Fernández, director of the Ciego de ávila-based cooperative, said exports are set to rise considerably next year as the company had received strong interest from buyers in other European markets.

The MD2 variety was brought from Costa Rica to Cuba and is grown exclusively in Ciego de ávila. Average crop yields in the region are 89 tonnes per hectare, three times more than the most widely grown local variety, Española Roja. The province currently has around 500ha dedicated to the cultivation of both varieties, but planted area is expected to increase as growers plough back the returns generated from exports.