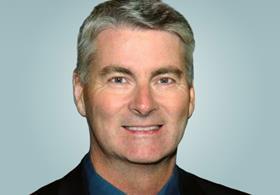 Oppy has announced that Doug Grant will say farewell to the fresh produce group on 31 July, having been at the company since 1995.

First joining Oppy as director of information technology, Grant was promoted to his current role of executive vice-president and chief operating officer in 2019.

“Doug is one of the most influential people to have walked through Oppy’s doors,' said chairman, CEO and managing partner John Anderson. 'The world-class technology system that we have today is because of him and his team.

“Beyond Oppy, Doug has been a dedicated leader in the industry, contributing his expertise on critical subjects in produce,' he noted.

Grant has authored numerous white papers covering e-commerce, traceability and GS1 Databar, as well as articles for The Center for Produce Safety – where he sits on the executive committee – sharing the latest scientific research and best practices.

“His contribution to industry efficiencies, which are the backbone of the fresh produce supply chain, will be a lasting legacy of Doug’s career,' said CPMA’s vice-president of policy and issue management Jane Proctor. 'His calm demeanour and expertise helped move along files when it seemed a solution was almost impossible. He will be greatly missed around industry tables.”

Grant received the Canadian Marketing Association’s Produce Man of the Year award in 2003 and was featured among The Packer’s “Packer 25” of industry leaders in 2012.

“On behalf of Jo-Anne and I, and everyone at Oppy, we thank Doug for all he has done and wish him and Sherry a long, happy and healthy retirement,” Anderson added.