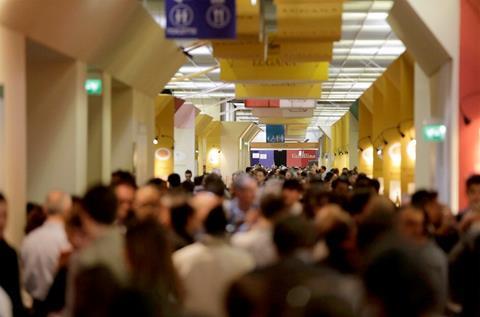 The English words ‘busy’ and 'business' are great words. When used to describe an activity – the business of selling fruit – or an individual company, they imply work, occupation, engagement, movement, dynamism: being ‘busy’ in ‘business’ is a good thing, because it means you’re not sitting at your desk waiting for your phone to ring and staring at an empty inbox. The Brits like to be ‘busy as a bee’ because it means the amber nectar of industry will soon convert into sales honey.

But the word ‘busy’ has a dark side, because being busy can mean you are unavailable, perhaps even unwilling to engage: it’s the engaged tone when someone is trying to call you; it’s the undelivered email that bounces back unread.

During the course of the next 12 months, members of the international fruit business will have the unprecedented opportunity of attending three trade fairs in Italy: Macfrut, Fruit Innovation and Fruit Gourmet Expo. Each one is vying to be a major point of reference for the country’s fresh produce sector, a window through which the entire world can see what Italy has to offer when it comes to fruit and vegetables. Fruit Innovation and Fruit Gourmet Expo both take place in May, while the dates for Macfrut (which is relocating to Rimini) are confirmed for the end of September. For international visitors, all three demand at least an overnight stay plus travelling time to and from the event. It’s going to be a ‘busy’ time, but not necessarily in a good sense.

Everyone is busy these days, and they’re often busy chasing new business. Time is tight, money is tighter, and while the idea of marketing to exhibition crowds or networking amongst them is a very good one, for the majority in the fruit and veg trade there simply aren’t enough days in the calendar to warrant attending more than just a handful of trade fairs. The global recession has made it essential for many companies to diversify in order to survive. As a result, this is an age in which the vast majority of people in the industry are required to develop, or at least keep an eye on, a far greater number of markets, propsecting along not just the traditional trade routes but also emerging commercial avenues in order to keep their individual ‘business’ ticking along. As a result, the ‘business’ in a collective sense necessarily takes a back seat.

Add to this the fact that there are far more trade events than ever before, many of them in those new and emerging markets. For the Italian trade fair trio, this is a problem. In days gone by, within the confines of a fairly inward-looking European market, a trade fair in Italy had its rightful place in the calendar alongside others in Spain, Germany and France and the UK. But over the years, whereas Italy has continued to place the spotlight very much on products and exports, all of the others including Spain have made it their business also to highlight opportunities for imports in their respective regions.

The effect on Italy has been dramatic. For several years now, the single largest country in terms of number of exhibitors at Fruit Logistica in Berlin has not been Germany or even the Netherlands or Spain, but Italy. Exhibiting in Berlin has become an imperative, not an alternative, for Italian exporters. So where does this leave Macfrut, Fruit Innovation and Fruit Gourmet Expo? It leaves them having to demonstrate a clear value to the international market, but what is that value? If it’s only a chance to window-shop for Italian fruit and vegetables, how is that different to Berlin?

In the interests of full disclosure, I must point out that Eurofruit's publishing house Market Intelligence has close commercial ties with Fruit Logistica organiser Messe Berlin, including a direct involvement in the joint venture company that organises Asia Fruit Logistica in Hong Kong. I should also make it clear that NCX, the company that sells Market Intelligence’s advertising and sponsorships in Italy, is a co-organiser of Fruit Gourmet Expo. But do Eurofruit’s ties with Fruit Logistica mean we say it is the only trade fair you should attend? Not in the slightest. Messe Berlin is far too confident in the value of its product to resort to that kind of approach, and anyway its aspiration for Fruit Logistica is to be the best, not just the biggest. Plus, going to other events means you have something to compare it to. On the contrary, we help plenty of other trade events accentuate their own unique selling points: World Food Moscow, Fruit Attraction, Medfel, Interpoma, Fresh Market in Poland to name a few. But to be brutally honest it has become much harder in recent years to identify a unique selling point for any Italian trade event when the largest manifestation of Italian exporters anywhere in the world takes place in the German capital.

But if we are to assume that Italy must have a trade event on home territory, then there’s another issue to address, which is the question of practicality. With schedules busier than ever, getting to and from an event needs to be as simple and straightforward as possible. The airport needs to be close to the venue; the hotels need to be abundant and vary in price; the restaurants have to provider a similar range of options; and the venue itself cannot be anything less than state-of-the-art. For those reasons, my ideal Italian trade fair would be in Bologna or Rome, notwithstanding the lack of a decent fairground in the Eternal City. But it wouldn’t be an Italian trade fair, it would be an EMEA event billed as an international marketplace designed to help southern European, African, Middle Eastern and Central Asian buyers discover the best of the Mediterranean. I know Macfrut organiser Cesena Fiera has tried to move in this direction, but I believe this hasn’t succeeded yet because the focus has remained too much on Italy itself. Perhaps the fact that Madrid is far better connected than Cesena has something to do with this? If so, then I fear Macfrut perhaps may have missed its opportunity to relocate to one of Italy’s major cities and restore itself to a former glory.

As for the two new pretenders, Fruit Innovation in Milan has much to prove and will no doubt find it difficult to match what Ifema has achieved with Fruit Attraction despite the long shadow cast by Fruit Logistica. Fruit Gourmet Expo in Verona is arguably aiming at a different market segment in foodservice, but the same issue of practicality and international relevance applies. In my view the danger is that, to adopt an Italy-related metaphor, the country’s event organisers are fiddling while Rome burns. You could argue a single event might have a chance of disrupting the market and building something new for Italy. But three of them aiming for largely the same target audience? I’m not convinced.

On reflection, I would go as far as to say that Italy’s fresh produce sector doesn’t need a domestic trade fair. As well as being the largest country at Fruit Logistica, it is second only to China at Asia Fruit Logistica in Hong Kong. Italian companies also exhibit at shows in Moscow, Madrid, Dubai and the US, making Italy one of the most outward-looking and expansive sources of fresh produce anywhere in the world. Why not ditch the idea of an Italian show and dedicate more resources to promoting the country’s fruit and vegetables on the world stage?

One final thought. My career as a fresh produce journalist would never have got started if it weren’t for Italy. The language I studied at university meant I was able to convince Chris White to give me a job covering the Italian market. On countless visits to the country, I learnt a lot about how the business works and made some very good friends along the way. And I know that many of those people care deeply about the trade fairs I’m talking about and want them to succeed. I want the same for them and fully respect the fact that they will likely see things differently. I hope they will appreciate that my intention here is simply to help by offering an outsider’s view, delivered with the same feelings of warmth and respect that I show for the great people of the Italian fresh produce business when I see them face to face. I wish them all the best and hope their ‘business’ remains ‘busy’ in the best sense of the word.

This article originally appeared in Italian on the Italiafruit News website.