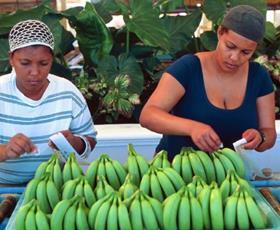 The Fairtrade Foundation has welcomed the progress made by the government of the Dominican Republic in legally recognising the thousands of Haitian migrants employed on the country’s banana plantations.

In 2014, the government launched the National Plan for the Regularisation for Foreigners allowing migrants to apply for identity cards which, subject to them obtain Haitian passports, legally recognises their presence in the Dominican Republic and gives them access to all social security services for up to two years.

The decision to regularise immigrants’ status comes after years of pressure from trade unions and other worker organisations and pressure groups, among them the Fairtrade Foundation.

“It was truly moving to be in the Dominican Republic when a migrant labour force from Haiti, who for decades had little protection in law, are receiving the paperwork which will begin to secure their rights,” said Peter Gaynor, executive director of Fairtrade Ireland and chair of Fairtrade International’s Workers’ Rights Advisory Committee.

“At this time, when so many people are on the move in Europe seeking refuge from war and destitution, the world is confronted with the spectre of the unfairness refugees and migrants face because of their statelessness and lack of legal status.”

Gaynor said it was encouraging to see this positive example of a change of attitude and policy in the Dominican Republic, long criticised for its treatment of migrant workers from Haiti.

Tens of thousands of migrant workers from Haiti have been hired to work in the Dominican Republic’s agricultural sector in the past and often stayed after the harvest, while others have crossed the border to escape political violence or seek better economic opportunities.

Haiti is the poorest country in the western hemisphere and is still struggling to rebuild its infrastructure since the devastating earthquake of 2010.